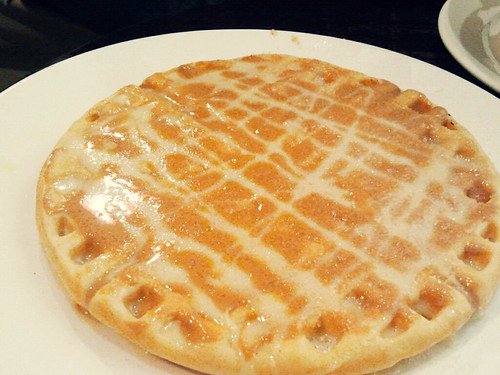 Goals for the year!

Just state whether its Positive/Neutral/Negative in the subject box!

Please use this when giving me feedback, I would prefer it to be more structured now thanks!

Need to sell as I need more space in my house!

I've decided to move to wordpress, as much as dreamwidth is nice, its not the same when you can't join the same communities as in LJ. So a switch to a plain blogging platform was better suited in the end for posting new things! orz

The link is here is anyone can be bothered reading on my random life!

Hope to see you all there I guess :p I'll miss my epic icons hahaha

Ok, I decided to up and go make a morigirl themed blog at dreamwidth. It'll probably be full of outfits (this will kick me to get some done), purchases, makeup (idk, my makeup is basic at best), shop visits, cafe visits yadda yadda yadda.

This blog will still be active for me to post my random stuff, follow you guys and browse communities of course ♥

Ok so my internet is still working, so I guess I'll just do some last minute surfing/window shopping before I have to leave it alone! D:

I also think that I'm starting to go crazy and get angry over small things but everything is resolved.... orz

Now I'm thinking whether to post my mori coord today or just forget about it till I get my replacement internet....
.
.
.
.
hmmmm maybe I'll wait

So an update :'Db


My parents visited on the 11th which was the same day as my !fail birthday gathering, had to get up at 6am to pick them up, waited for 3 hours due to airport customs stupidly letting 5 planes disembark at the same time, and felt dead came mid afternoon so yes it was really !fail, but thanks to whoever came /o/

Its has also been a week since the dad has left on Saturday ;A; (ONE WEEK, WRY FLY SO FAST?!) mom is leaving a few days later but I'm glad the both of them decided to visit (well excuse was due to younger bro being in-camp for 2 weeks so they thought 'eh, why not'), we cooked/ate lots at home/out and visited random family friends.

Made asian crackling pork (Siew Bak), so deliciousssss ;A;b. Made shortbread and muffins for mom to bring back to the poor boy getting tanned back in S'pore ROFL. Have some food pictures while I'm at it!

Churros as San Churros for the !fail event I don't even want to call an outing! 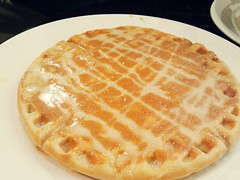 Work is as usual, drafting/staring at field cards, trying to earn more monies without spending too much anywhere and saving some bit of it. Am also planning to look around for better permanent jobs so that I can get a bit more moolah out of it and be on a more routeined working life! I really need to save up more if I really want to go on a Taiwan/Singapore trip at the end of this year ;3;

Other than that.... its cleaning up the house time, fixing up cosplay 'to do' list, trying to stop my self from looking at Lolita stuff, get more Japanese mags, watch up Dream High, Dong Yi and Tiger and Bunny, and stop playing Jollywood /o\

Did I mention that I have a Galaxy S? No? Well now you know~ (Camera apps are so fun ♥)

Hankering for Pancakes =3= saa what to doooo

I wanna say a BIG THANK YOU to everyone who has commented/emailed/smsed/met up/messaged/gifted to me last week! Am really happy over it :D

Did a few things with friends over the weekend so have some photos!!

Speaking about photos, am planning to get a pro membership in flickr, I prefer their layout, photo uploading and photo editing as compared to Photobucket so I will be getting one by June (just waiting for more monies to come in first ;Db). My Japan album kind of disappeared as well, its in their archives but I would like to have access to it 8|.

Am also saving up for a Canon Powershot S95, a friend of mine has it, I've played with it and fell in love so much! Prices are starting to get lower but I'm cheap so am gonna hunt around for even cheaper prices and probably bargain (need my friend to camera shop with me)! :'Db I really want to get back into baking and sharing recipes/posting pictures! (I do bake, but I just wanna share if you know what I mean!)

This is besides that TB order that is happening for Manifest/Sydney Animania /;A;\ OHMYGOD!

AM CURRENTLY WORKING as a drafter/survey assistant (YAY), still not too sure whether I want to be doing this kind of work 5 years down the road after looking at what I'm doing... but hey experience /shrugs, sort of casual 5 days a week unless stated other wise, but the boss is a really nice guy :D

Recently did a SASA order, things have been shipped out so am expecting them tomorrow morning /groan, or Monday ;Db, bought that super hard to remove mascara (Kiss Me Heroine Make) and a few other Japanese/Korean related body care/make up so I'm happy~

Also a big shout out to

akinofujiko, A HAPPY 21st BIRTHDAY TO YOU, your party was fantastic and I hope you love your card and present!!

Besides that, I finally got my copy of Okamiden, OMGASDF THE CHILDREN ARE ALL SO CUTE AND ADORABLEEEEEE NEED TO FINISH THAT OMG ♥, also trying to get round finishing Professor Layton and the Unwound Future, watched the part where he reveals everything (OMFG MINDFUUUUU) then the batteries died OTL...

Japanese class have been great, finally getting to Chapter 50 (which I can then try for JLPT 4/3?), currently at 42, then will stop and take up conversation classes to brush up on my conversation skills ;'Db!!

SORRY FOR CRAPPY UPDATE LOVE YOU ALL ♥
Collapse